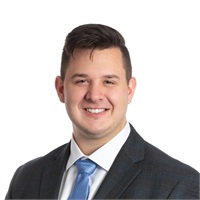 Jack obtained his degree in business and finance from the University of Memphis.  While studying at the University of Memphis, Jack competed on a top 10 nationally ranked NCAA rifle team in which he was a team captain, earning the status of a four-year letter winner. Among his competitive shooting career accolades, he is a three-time Missouri State Champion and finished second in the 2014 National Championships.

Knowing early on that his passion is helping others in their quest to obtain financial freedom, he began a hands-on internship in college where he worked directly with a financial advisor and his clients.  His apt to empathize, ability to teach, and power to connect with anyone he comes in contact with helps him build trust with his clients.

Jack works with a wide variety of clients at different stages of their lives.  He believes in the importance of a comprehensive approach, wealth management, tax planning, and active investment strategies.  In an industry that is rapidly changing which has a dizzying array of options, educating his clients and acting as their fiduciary is his number one priority.

Away from business, Jack enjoys hunting, fishing, and shooting long range rifle.  He and his fiancé love to travel and cross experiences off their bucket list.  Jack is actively involved as a Wounded Warrior Olympics rifle coach where he helps veterans struggling with PTSD overcome the challenge of being comfortable around firearms.